Rootsy Nashville string ensemble Old Crow Medicine Show returns to Central Park Summerstage tomorrow. They last played the airy outdoor venue—a superlative setting in which to drink in their rustic melodies—in August 2012, shortly after releasing the album Carry Me Back.

OCMS has enjoyed a spate of successes since then, including the rise of their classic single “Wagon Wheel” from Gold to Platinum certification, after they sold 1,000,000 copies of the song.

The crowd favorite, likely to make tomorrow’s set list, is also notable for marking the beginning of a continued relationship with Bob Dylan. Singer-fiddler-harmonicist-banjoist Ketch Secor wrote the song when he was 17, pairing original verse with the chorus of an unfinished Dylan tune intended for the soundtrack of 1973 film Pat Garrett and Billy the Kid. The young Secor first heard the song on a bootleg of the movie’s recording sessions; last year he encountered the cinematic strains again, this time from a more reliable source. While the band was at work on Remedy, out last month, they received a copy of “Sweet Amarillo,” a song sketch from the same sessions from no other than The Bard himself.

“It’s surreal,” Secor told Rolling Stone. “Bob is the guy who taught us how to steal effectively. It’s amazing he noticed and gave us another shot at scribbling between his margins.”

The new Dylan-OCMS collaboration should prove to be a highlight of tomorrow’s concert. I’m also hoping they’ll play their rendition of the oft-covered “Down Home Girl,” though I’ll admit to being more partial to the Rolling Stones version. (There’s something extra gross-and-sexy about the lyrics “And everytime you move like that / I gotta go to Sunday mass” when they’re coming out of Mick Jagger’s mouth.)

It’s also worth paying attention to the equally rootsy openers, Langhorne Slim and Spirit Family Reunion. The then little-known Lumineers opened for OCMS at their last SummerStage appearance, which I covered for Time Out New York, and I take not-totally-unabashed pride in saying I saw them when. 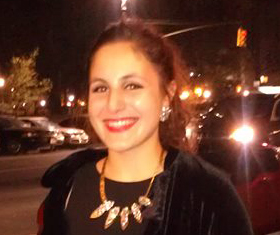